In addition to its ergonomic design and large colour touch screen, it contains function keys to control the seventh and eighth axes. One or two windows can be displayed on the monitor, the latter option improving the functionality of the multi-tasking feature. The monitor also displays 3D graphics, making program steps much easier for the operator compared to 2D. These isometric views are exclusive to the R30iB. 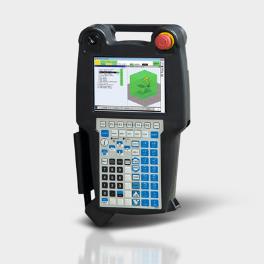 The lightweight and ergonomically designed FANUC iPendant Touch with its intuitive graphic user interface provides user-friendly programming for both programmers and on-site operators. 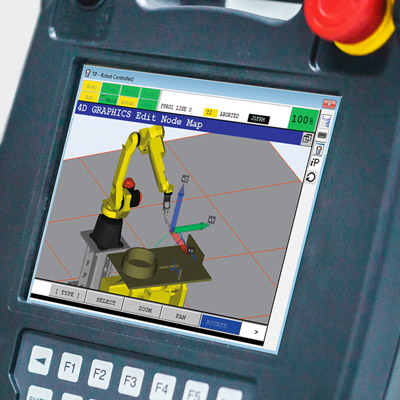 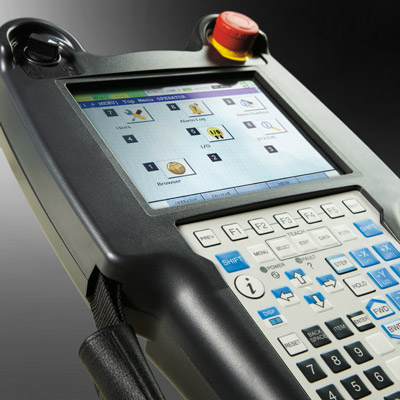 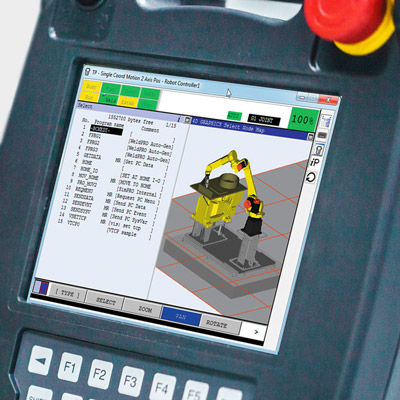 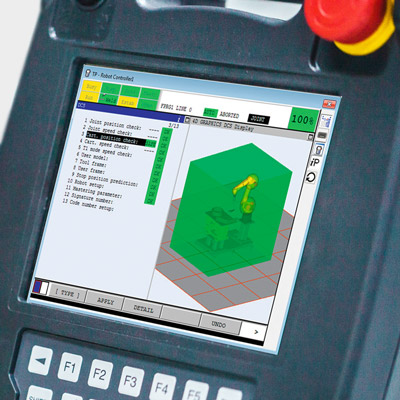 Confirms direction and distance of jogging quickly and conveniently using the 3D model.