Get More with Fanuc Collaborative Robots

Close your eyes and imagine a world without safety fences: A world in which humans work side-by-side with robots. In this world, robots directly collaborate with people, becoming a crucial part of the team. Alongside their co-workers, these collaborative robots take over tedious, repetitive tasks, lifting up to 35 kg, thus maintaining your worker’s health and safety while automating entire assembly lines. With Fanuc collaborative robots, that world is here today. 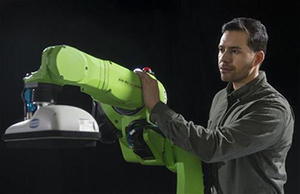 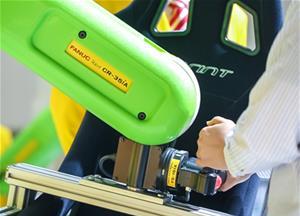 Fanuc Collaborative Robots provide users with more control: Either break away from traditional programming with Fanuc Hand Guidance feature that allows you to teach your collaborative robot by leading it through paths and/or use it to lift heavy objects manually. Or program with new iHMI guides that provide step-by-step guidance for setting up a CR Series cobot and creating programs, along with other wizards/tutorials to help new users. 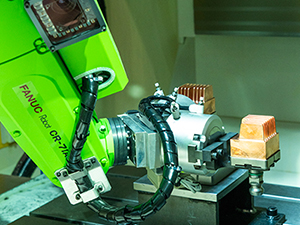 Despite its green exterior, Fanuc’s collaborative robots operate like any other traditional, yellow Fanuc robot: Able to provide more reliability and repeat the same movement multiple times at the exact same dexterity. This proven technology and reliability opens a world of possibilities to automate entire assembly operations in any industry such as automotive, packaging, distribution, metalworking and much more. 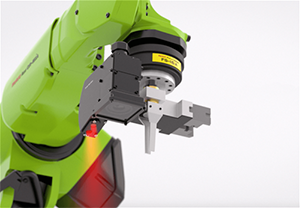 As with all Fanuc robots, Fanuc's Collaborative series can be equipped with any of Fanuc's intelligence features - Made by Fanuc, developed specifically for Fanuc robots, to give you more possibility for automating with cobots. Intelligence-ready features include Fanuc iRVision, 3D vision with Fanuc 3D Area Sensor, Fanuc Force Sensors, and much more.

Find out more about the range of Fanuc Collaborative Robots