A world exclusive release was the draw card for John Hart, at the 2015 Austech trade show in Melbourne, Australia as they launched the new CellPro Modular Robotic Machine Tending System. 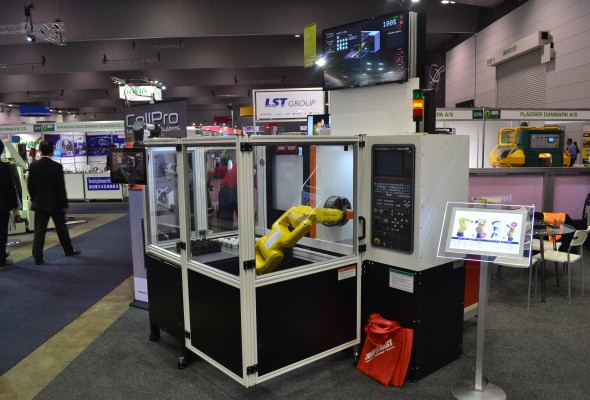 Designed specifically to bring a modular robot system within easy reach of the current or prospective Mazak machine tool user, the intuitive CellPro Cell Controller is a simple to use touch screen that requires only a finger drag to place process modules into the CellPro Process Builder and the Cell Controller manages the rest.

With simple to use and easy to follow instructions, the implementation of robot technology has never been so easy!