A lathe is a machine tool that rotates, or turns, the metal workpiece around an axis of rotation, with tools applied to cut the metal and form a final symmetrical part or component. Modern lathes are usually computer numerically controlled (CNC) in which the lathe’s operations are programmed by an operator. 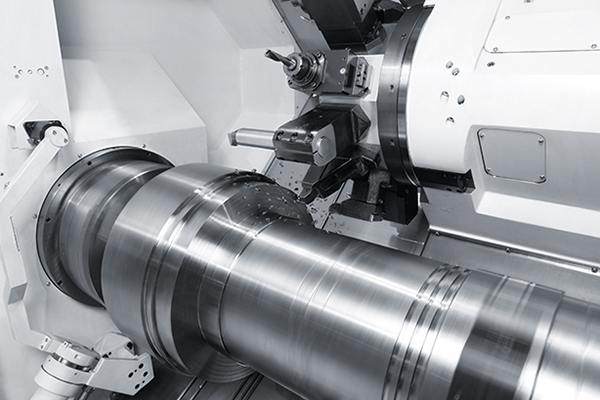 Turning is a process that can be implemented on an external surface of the workpiece or internally, during operations such as boring. There are a number of different types of turning process, all of which can be implemented on a modern lathe, including rough turning, finish turning, boring, facing, grooving, threading, knurling and parting operations.

A metal cutting lathe, or turning centre, is used in a wide variety of manufacturing operations to create rounded parts or components of differing sizes. The turned parts often form only part of a final system or sub-assembly and could include piston supports for a car engine, gas pipe connectors for subsea operations in the oil and gas sector, rotary shafts for an aerospace engine or bone screws for a medical application.

A wide variety of materials can be cut on a lathe from metals, such as brass, stainless steel and copper, through to more complex materials, including super alloys, such as Inconel. In recent years, composites, such as carbon fibre, often used in the manufacture of aerospace components, have also become more popular.

The choice of lathe tool will be determined by the application, in other words the type, complexity and size of the component being manufactured, along with the material being machined. For example, small and simple parts made from stainless steel, such as a pipe fitting, could be manufactured on a simple lathe, such as the Mazak QT PRIMOS series of machines.

Similarly, cutting power is an important determinant in the choice of a lathe. Harder materials, such as Inconel, require a heavy-duty machining capability, including increased rigidity, found in lathes such as Mazak’s SLANT TURN NEXUS.

Modern lathes can also perform other operations, such as the milling of prismatic or square components, in which the workpiece remains static and the tool performs the cutting operation. A mill-turn machine, such as Mazak’s INTEGREX i-series, can perform multiple operations - Mazak call this ‘Multi-Tasking’ - on a single component or workpiece. This has the advantage of enabling a DONE-IN-ONE capability, with fewer set-ups and less programming time to increase cycle times and productivity.

Mazak has a range of lathes suitable for a wide variety of applications, from 2-axis models to turning centres equipped with rotary tool spindle, Y-axis and second spindle. Mazak’s entry-level lathe, the QUICK TURN PRIMOS provides compact and high-performance capabilities with a 5,000rpm main spindle. Similarly, the Mazak QUICK TURN series and the Mazak QT Compact provide all the advantages of state-of-the-art turning technology, allied to milling to deliver a DONE-IN-ONE capability. 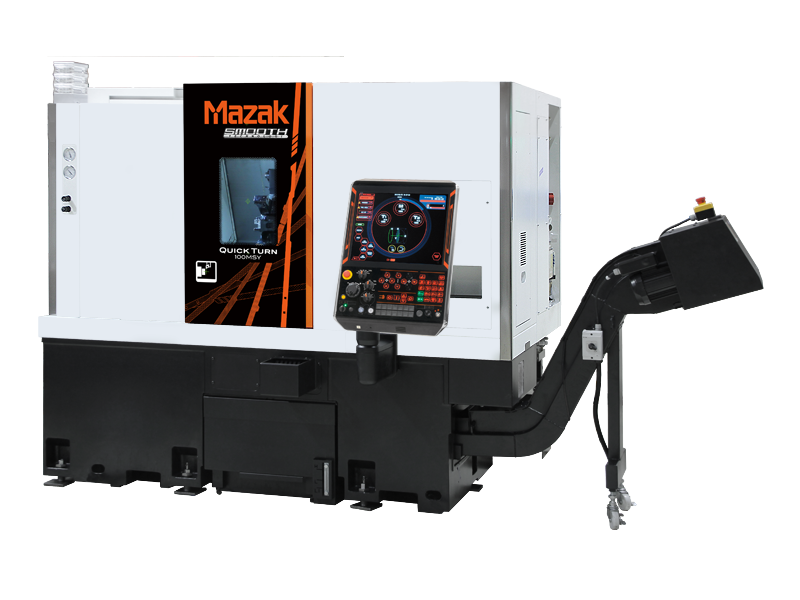 The Mazak MULTIPLEX series of lathes, ideal for high volume production, has two turning spindles that can be used to simultaneously cut two parts at the same time. Continuous simultaneous machining by both spindles is possible, thanks to automatic workpiece transfer from one spindle to the other. 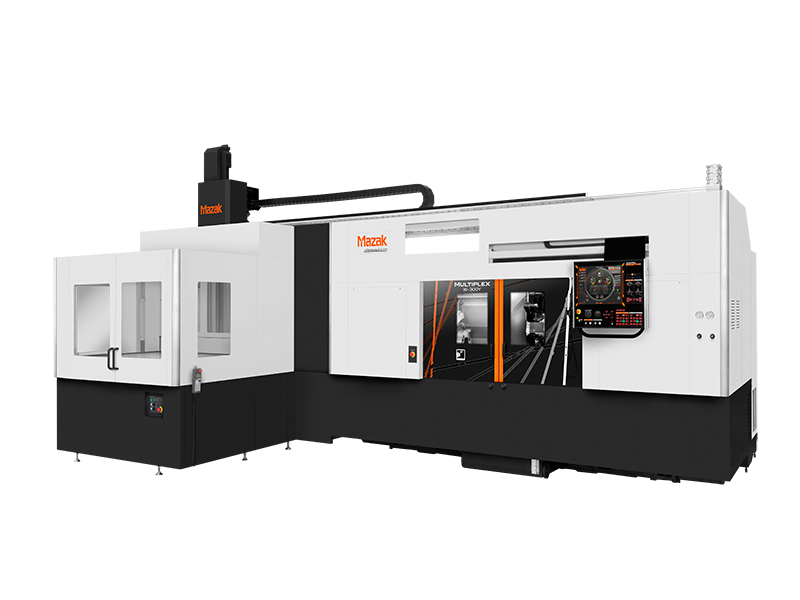