McLaren-Honda has further extended its contract with Yamazaki Mazak, ensuring the manufacturer continues in its role as the sole Official Supplier of CNC machine tools to the McLaren-Honda Formula One team.
Mazak has supplied the team for 18 years, and currently has a total of 33 machines installed at the McLaren Technology Centre in Surrey, including multi-tasking and multi-axis machines from the Integrex and Variaxis series. 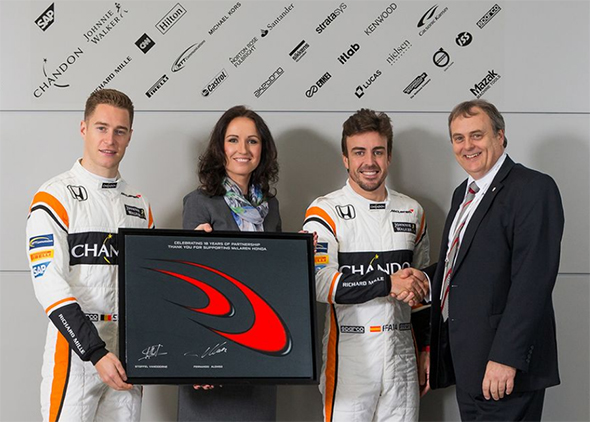 Since starting the partnership with Mazak in 1999, the team has won two world championships and 62 grand prix, with the Mazak machines providing a vital in-house engineering support infrastructure, ensuring the cars are as competitive as possible.

McLaren Group COO Jonathan Neale commented: “Given the volume of precision metal cutting for materials such as titanium, aluminium and stainless steel required to deliver an F1 car to the starting grid, our machine shop sits at the heart of the McLaren-Honda engineering programme. Our partnership with Mazak is founded upon the outstanding production capabilities of Mazak machines and the close relationship that comes from working with a trusted supplier over many years.

“For the 2017 season, we have changed every single Mazak-made component to accommodate the changes to F1 rules. Having a 33-machine strong line-up of highly precise, robust and reliable machine tools in-house gives us the confidence to make such changes between seasons.”

He continued: “To put the issue into context, in the first week of February alone we undertook 560 machining jobs, each compromising of an order of up to six parts. This totalled nearly 3,000 parts in one week. Subcontracting that out would just not be feasible given the tight timescales we are working to between seasons, so we place a great deal of trust in our Mazak machine tools as we know they get the job done. 2017 is already shaping up to be an exciting season and we are delighted to have Mazak on board once again.”

Marcus Burton, European Group Managing Director for Yamazaki Mazak, commented: “F1 is one of the most challenging sporting environments in the world, and the demands placed on both the driver and car in a race requires a sizeable engineering network to enable them to turn up on the starting grid week in, week out.

“McLaren-Honda is one of the stand-out names in racing and to be able to continue our exclusive supply of machine tools to the machine shop at the McLaren Technology Centre is a huge honour. Both McLaren Honda and Yamazaki Mazak place an enormous emphasis on quality and precision in the manufacture of their respective technologies, and I feel these shared values are integral to the longevity of our successful working relationship. All of us at Yamazaki Mazak are very much looking forward to watching McLaren Honda in the 2017 F1 season and we will be following their progress closely.”