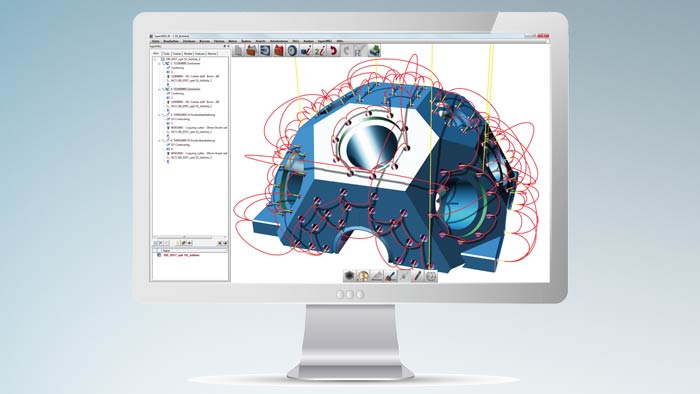 Innovative from the core.

Conventional CAD systems only understand the basics like ‘Face’ and ‘Line’, but no subtypes. hyperCAD-S was redesigned from scratch, which is why innovation starts from the system core. It contains different entity types for lines and faces, such as cylindrical, level, free-form, rotary and other faces. The advantage: In NC programming, for example, all cylindrical faces – i.e., all drill holes, also with specific diameters – can be combined elegantly and processed effectively with drilling strategies. By the way, the toolpaths of the CAM system hyperMILL, too, are defined as separate entity types in the core, for example, for measurement or representation in different colours.

hyperCAD-S was designed for Windows. The software’s performance is top-notch thanks to a 64-bit operating system, multi-threading and a multiple document interface – for large data volumes and multiple computations. Several models can be processed and calculated inde­pen­dently of each other at the same time. The new database offers intelligent entity management. Tool paths, polygon networks, point clouds, rectangles – workflows are greatly accelerated by shifting the most common CAM-related entities to the CAD core. Apart from known filters, such as for layers and colours, it is also possible to filter according to geometric, system-based and user-defined properties.

Graphically modern and user-friendly is how the new, very clearly arranged, user interface presents itself – for learning how to use hyperCAD-S quickly. The screen can be arranged freely so as to accommodate several monitors. Window elements can be docked and floated freely. Very important for CAM users: hyperCAD-S supports any number of freely definable workplanes, which can be saved with transformation/rotation data and can be selected as a reference. Self-explanatory icons make working with the software intuitive from the very start. Since many operator terminals in production are equipped with touch screens, toolbars and commands can also be operated via the touch screen. 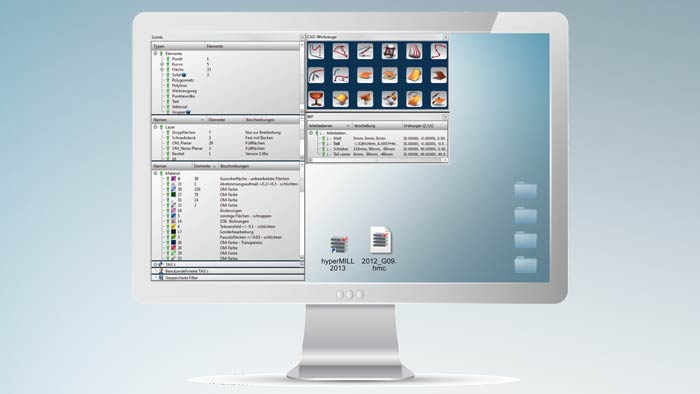